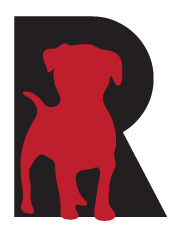 As the official Toy Partner of Rescue Dogs Rock NYC, (through grants and product donations). N-Gage is committed to supporting Rescue Dogs Rock NYC through their own N-Gage Cares Program. We are honored to have been chosen by them. Go check them out and use #Sharethefetch

In January 2018 the WWE unveiled 12 charitable organizations paired up with WWE Superstars competing in the WWE Mixed Match Challenge, a single-elimination mixed tag team tournament, that was aired on Facebook Watch. The winning team would receive $100,000 to support their charity of choice. In addition to the grand prize, each team’s charitable organization would receive $10,000.

Rescue Dogs Rock NYC was chosen by The Miz & Asuka who represented us well. So well that they won the entire tournament, which resulted in us receiving $100,000 to help us continue our mission. We are forever grateful and thankful to the Miz, Maryse and Asuka for being Ambassadors for our dogs! Follow WWE Mixed Match Challenge on Facebook

In 2018 we rescued Angel, a emaciated and weak puppy in Texas. Shortly after arriving to New York, a Bareburger franchise owner saw her out on a walk with her foster and inquired. Long story short, she was adopted by this amazing family and renamed Hope (because, “there is hope for them all.”) Since then, Bareburger Brooklyn has become one of our Charity Partners. In addition to donating to fundraising efforts, hosting adoption events AND fostering, they created three amazing drink specials that are offered ONLY at their Court St and Park Slope Brooklyn (NY) locations. 100% of the proceeds from the sales of these three cocktails is donated back to Rescue Dogs Rock NYC. On June 8, 2019 we were presented with a check in the amount of $8,000 that was raised in just a few months of this promotion! So, if you’re in Brooklyn treat yourself to an amazing meal (remember they have vegan/vegetarian options) and have a cocktail, knowing that you’re directly helping save more dogs!